During the 1960s and 1970s, when a car shopper located between Mérida and Alert wanted a sensible daily driver for not many dollars or pesos, the most likely candidates were the traditional compact cars from the Detroit Big Three: Dodge Dart/Plymouth Valiant (and descendants), Ford Falcon/Mercury Comet (and descendants), and Chevrolet Nova (and Pontiac/Olds/Buick siblings). Traditional front-engine/rear-wheel-drive machines, generally with bench seats and most often equipped with straight-six engines, these cars were everywhere on North American roads, well into the 1990s. Now nearly all of them are gone, even the huge-selling Novas, so I try to document these cars when I find them. Here’s a ’78 Nova coupe, spotted in a San Francisco Bay Area self-service wrecking yard.

Decades ago, I drove a ’76 Nova coupe for a while. Purchased for 50 bucks around 1991, it had a rattly 250-cubic-inch six, slow-shifting automatic transmission, and super-tall highway gears. It wasn’t fun, but it always ran. 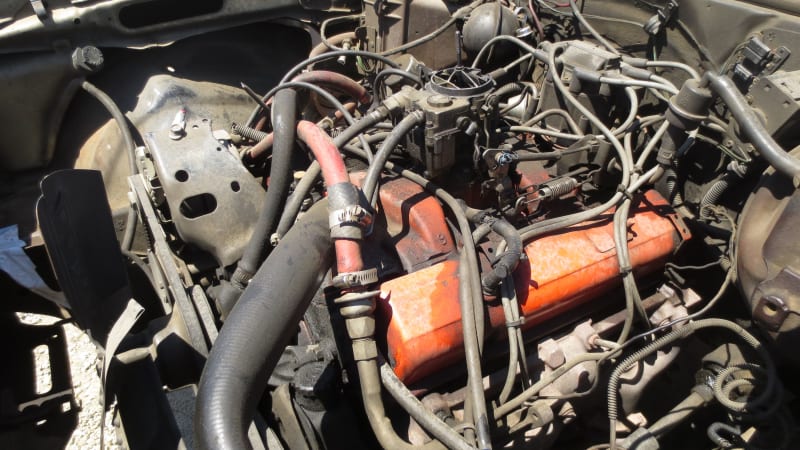 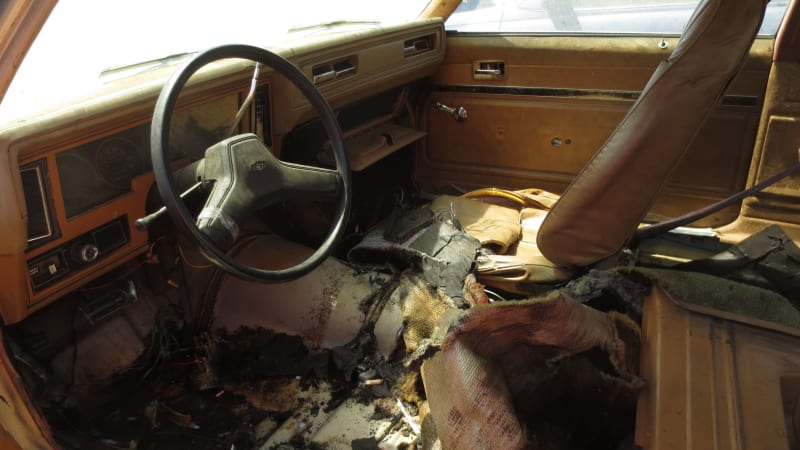 Inside, the remnants of the once-sporty vinyl bucket seats. Most of these cars came with cloth bench seats, of course, and if you wanted the automatic transmission instead of the base three-on-the-tree column-shift manual, you paid extra. 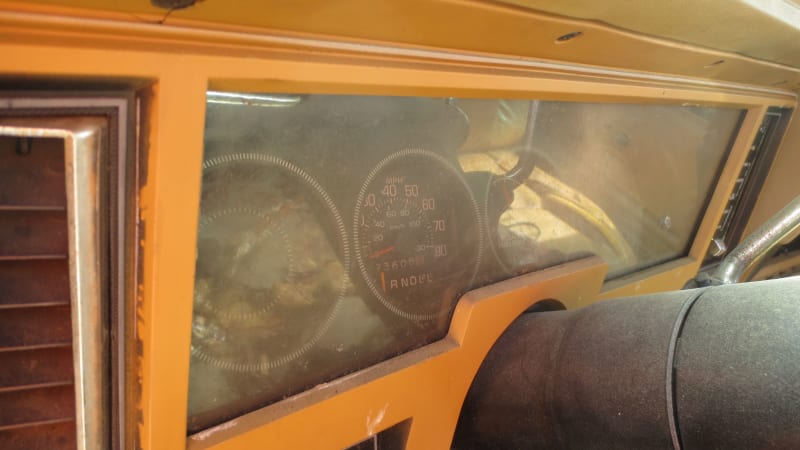 Speedometers for American-market cars in 1978 were limited to 85 mph, but this one stops at 80.

The last model year for the “traditional” Nova was 1979, after which a NUMMI-built version of the Toyota Corolla got the Nova name.