The Pick of the Day is a 1963 Ford 300 R Code offered by a dealer in Lenoir City, Tennessee. Muscle car aficionados should look at this listing and take a moment of pause. I sure did. This red-on-red monster with 4 on the floor would be easily at home at the drag strip or perhaps a speedway circle track. 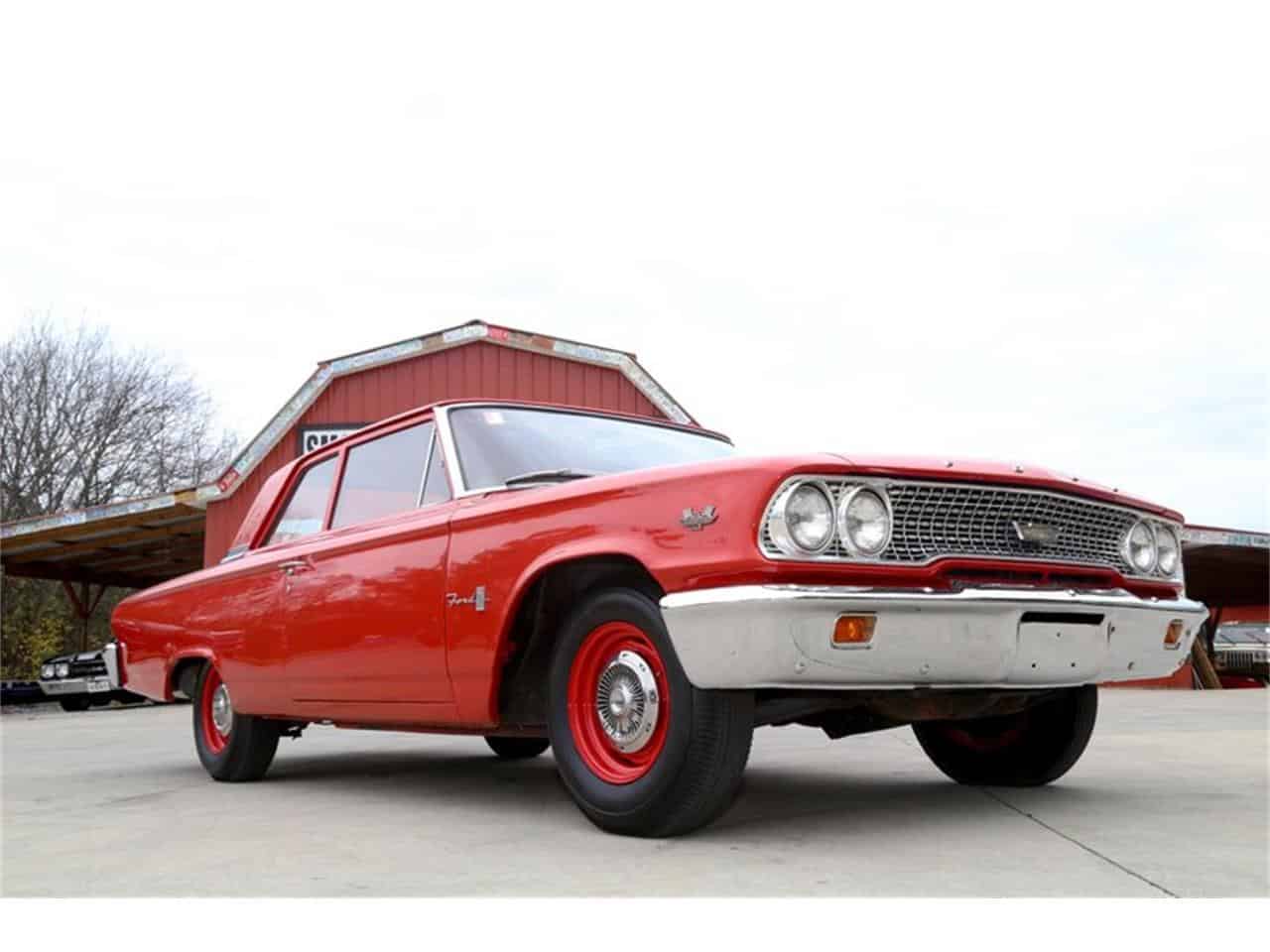 This Ford did go to the drag strip. It makes one wonder how many of the stated 1,084 miles were accumulated a quarter mile at a time? According to the seller, it was bought by the Warner Ford dealership in Loveland, Ohio, and raced during 1963-64.

The Ford 300s were mainly purchased as police cars and taxi cabs, and they were only produced for the 1963 model year. Needless to say these were not heavily optioned cars. One could call a new 300 from the factory, a ‘stripper.’ However, availability of big-block FE-series V-8 engines, including the 425-horsepower 427cid engine gave them other purpose. The light weight, combined with big horsepower and manual transmission, made these cars factory-ready for the strip. 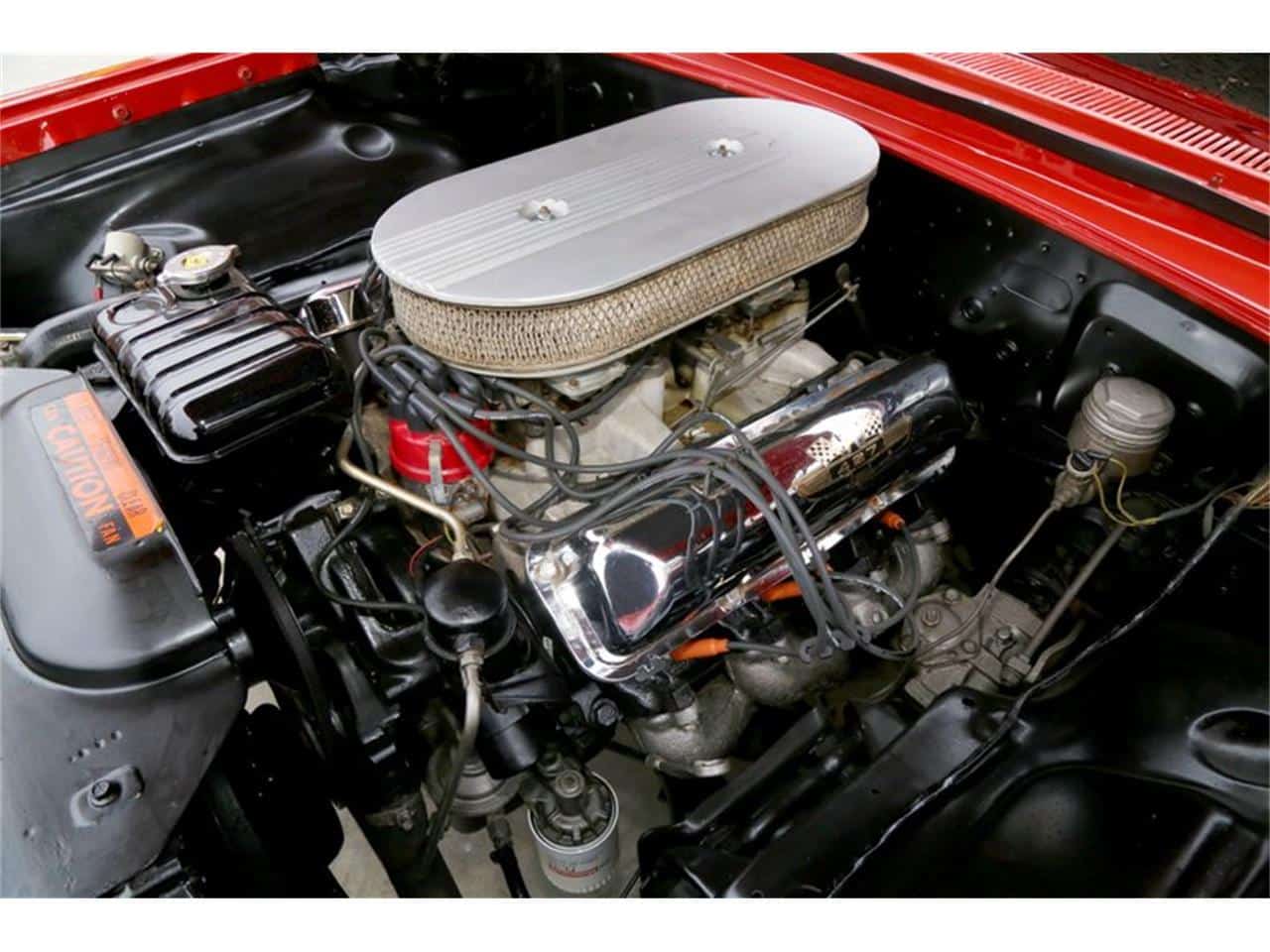 ‘R’ means ‘Racing.’ In the case of this Rangoon Red beauty. ‘R’ also means ‘Rare.’ According to the seller, “There were only 50 of these cars ever built and this one is mostly a survivor that has had a repaint done. It’s 1 of only 5 High Performance 300s in the 427 Registry and 1 of only 3 R codes in the registry.” 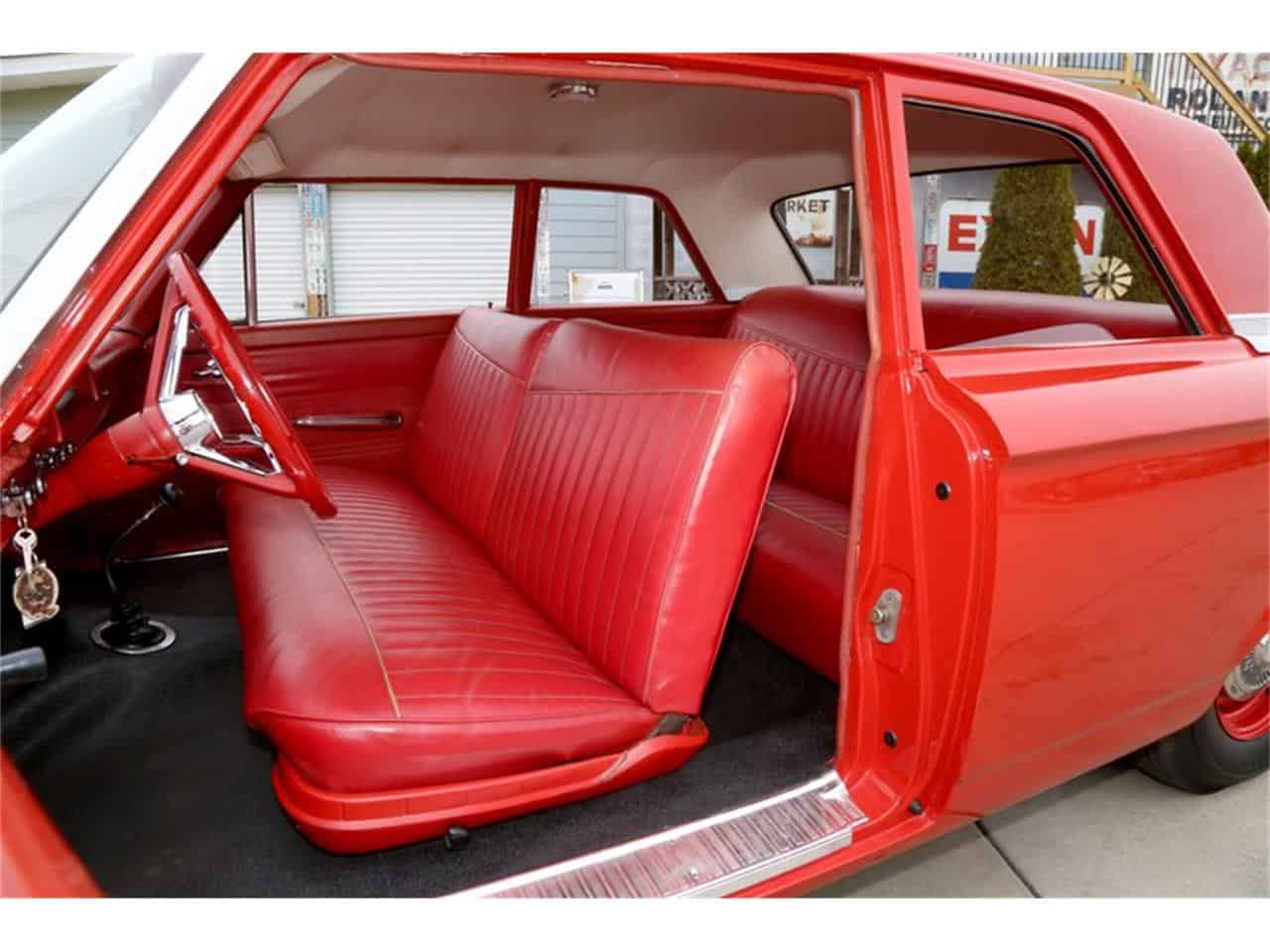 The 427 R Code engine is set up with the H dual quad 427 Aluminum Intake and two Holley 4-barrel carburetors. The powerplant has D heads and exhaust manifolds. 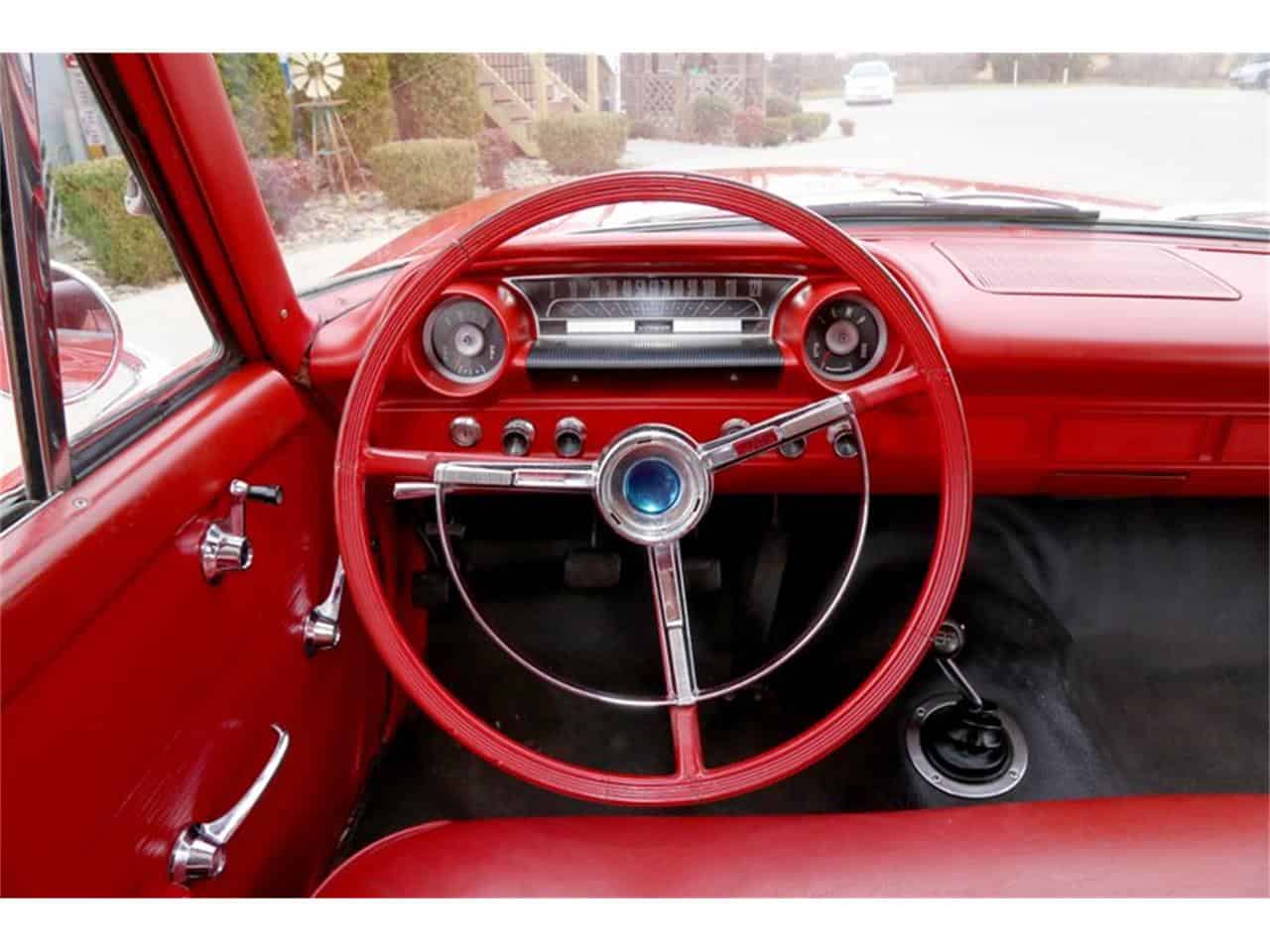 All the period badges are on the car and the car features all its original glass, the body matching factory-style 15″ Wheels, Firestone tires and Ford dog-dish hubcaps. The interior is red bench seats with white headliner and visors.