The 2020 model Carroll Shelby Signature Series Ford Mustang will be introduced by Shelby American at the National Automobile Dealer Association Show in Las Vegas on February 14. It is the only sports car in the world available in new car dealer showrooms with a choice of convertible or fastback, automatic or manual transmission, and 825 street-legal horsepower. A total of 50 limited-edition sports cars will be available. Several are already spoken for. 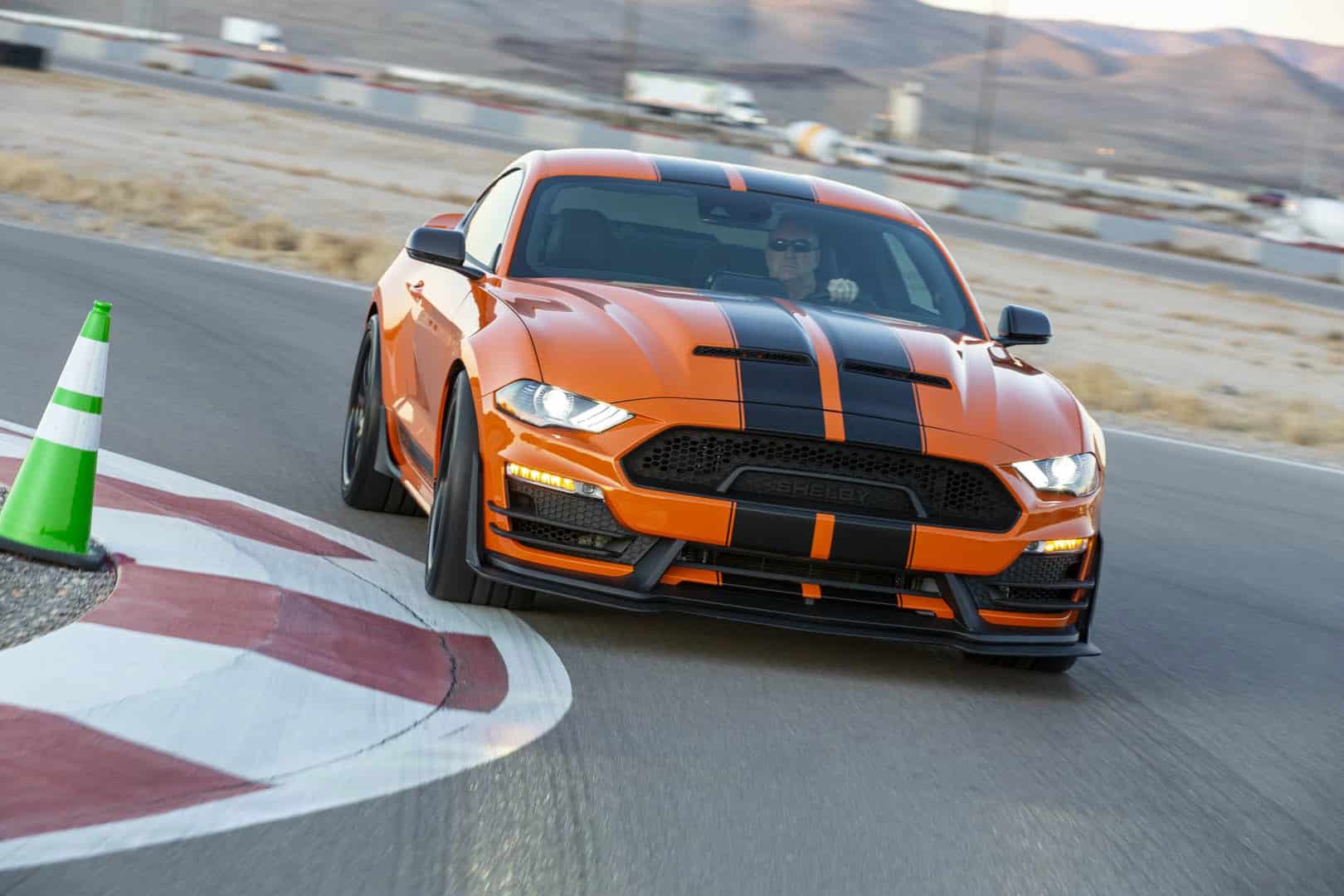 Gary Patterson, president of Shelby American, is quite excited about the new creation, “The limited edition 2020 Carroll Shelby Signature Series Mustang is the ultimate combination of exceptional design and amazing brawn. From its refined, yet functional styling to its poised handling and awesome power, this is the most polished performance car in Shelby American’s history. With its performance capabilities, this Shelby is the automotive equivalent to a champion ultimate fighter who looks as good in a tux as he performs in the ring.” 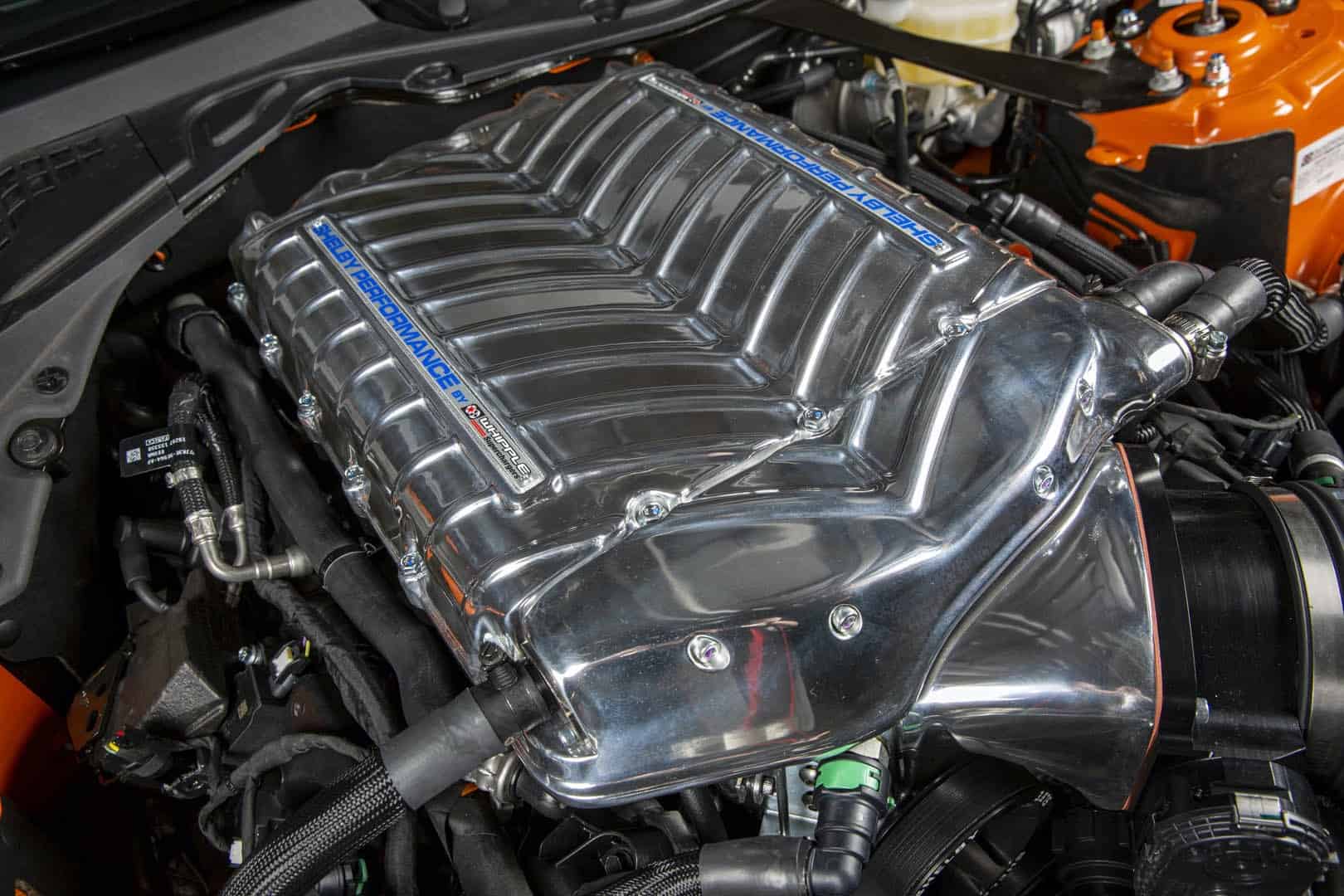 The Shelby American team spent the past two years carefully engineering and refining the car to create a vehicle worthy of Carroll Shelby’s name. They worked closely with Ford Performance and other partners on the new vehicle.

The Shelby Signature Series Mustang features a Shelby-specific tuned suspension, up to 825 horsepower, high flow exhaust and new brakes. The car’s bodywork may be the element most noticed by enthusiasts. 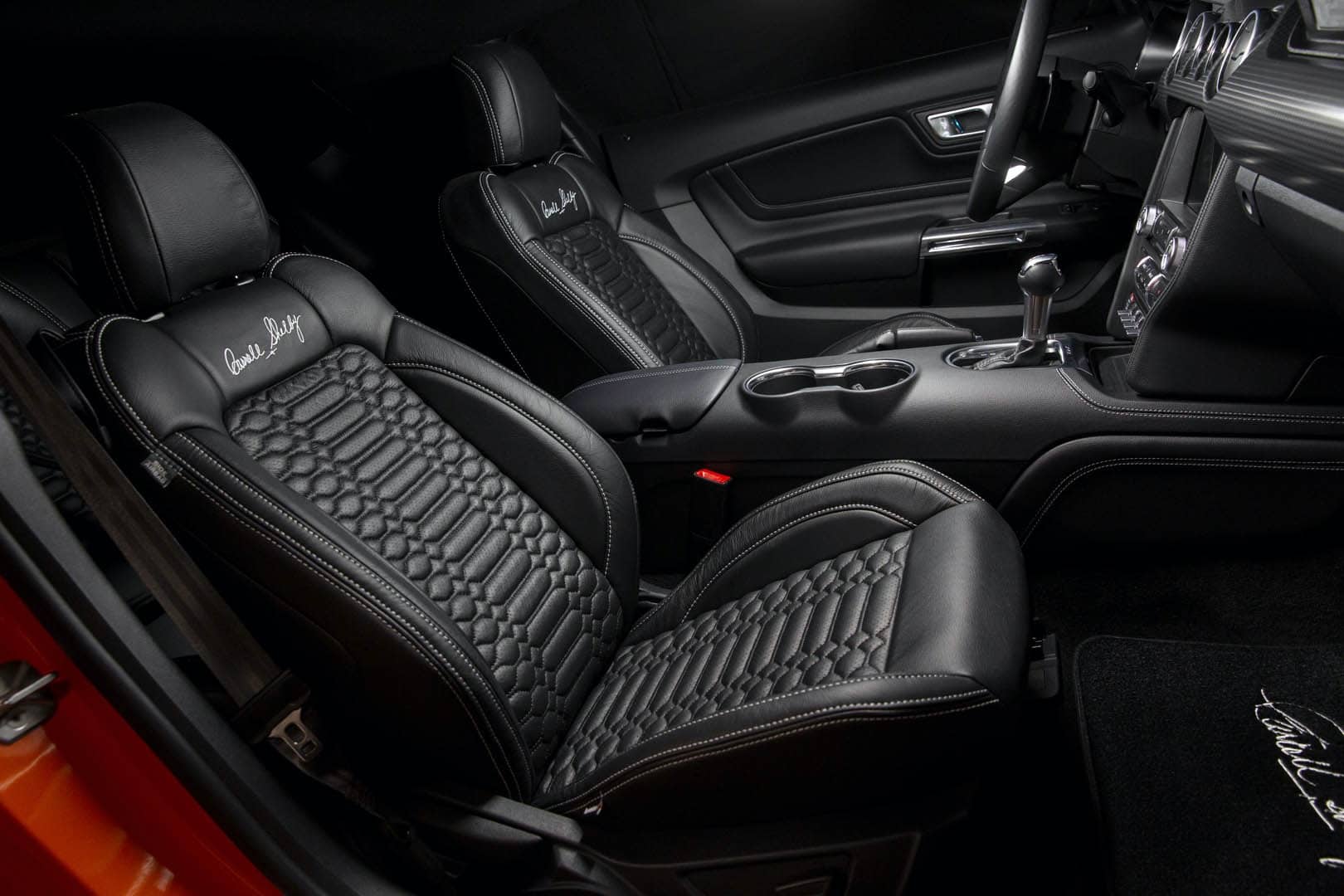 “The body was widened with high quality aluminum fenders to create a ‘square’ footprint,” said Vince LaViolette, Shelby American vice president of operations and chief of R&D. “This allows the one-piece forged Monoblock wheels and Ford Performance tuned MagneRide suspension to maximize the incredible power churned out by the supercharged 5.0-liter motor. The metallic ram air hood, front fascia and bodywork were all carefully sculpted to both tame the air and dramatically drop under hood temperatures. The fit and finish are unbelievable, making it as stunning at rest as it is in motion on the road or track.” 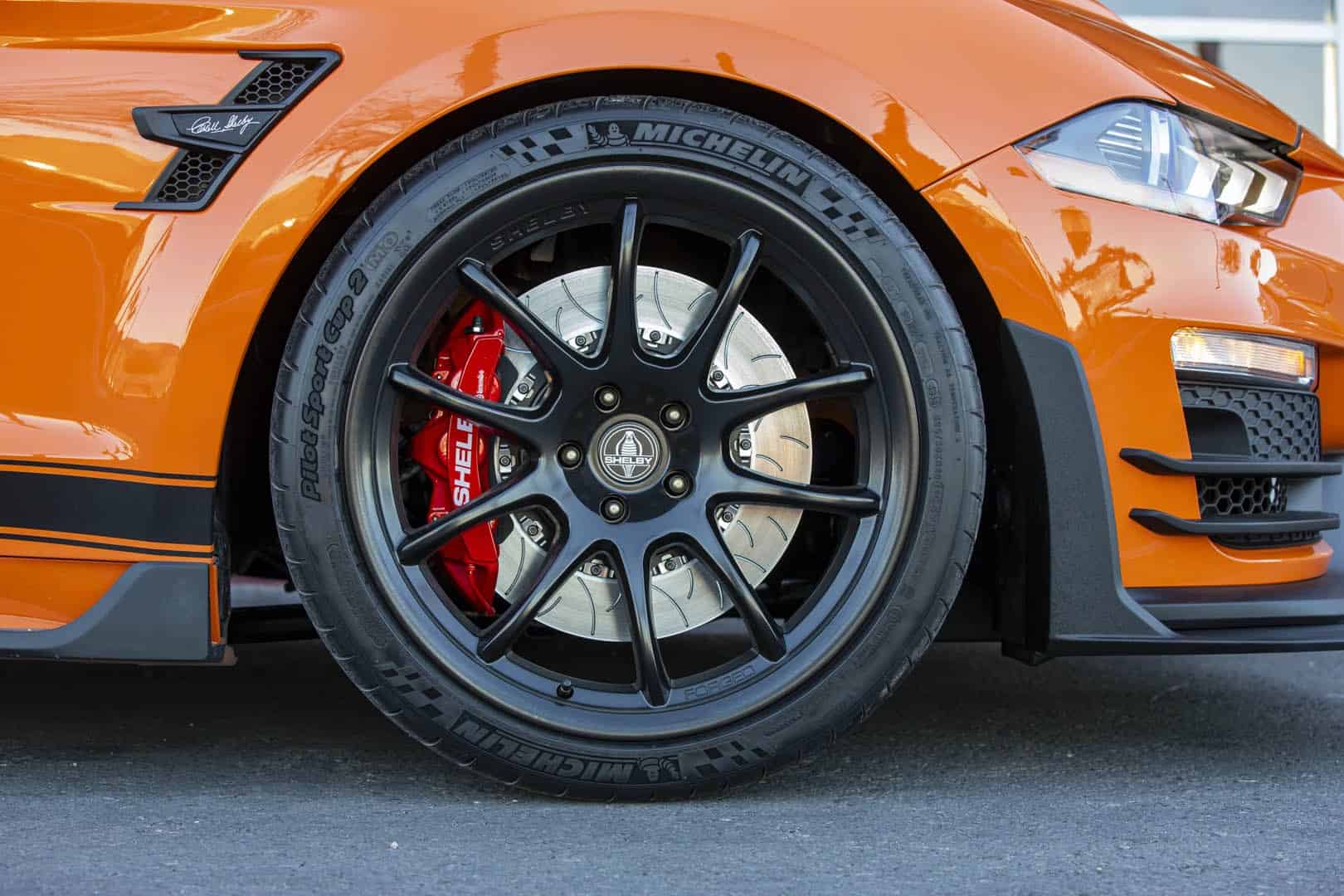 The new model will be shown for the first time in the Shelby Tuscany exhibit at NADA from February 14-16. All 50 super cars will be identified by special badging and will be listed in the official Shelby Registry. The cars can be ordered in any standard 2020 Ford Mustang colors.
“There are many aspects to performance, which is why we addressed every aspect of the car,” said Patterson. “We spent enormous energy to maximize speed, reliability and consistency. These enhancements will enable the Signature Series Shelby to perform flawlessly lap after lap and mile after mile.” 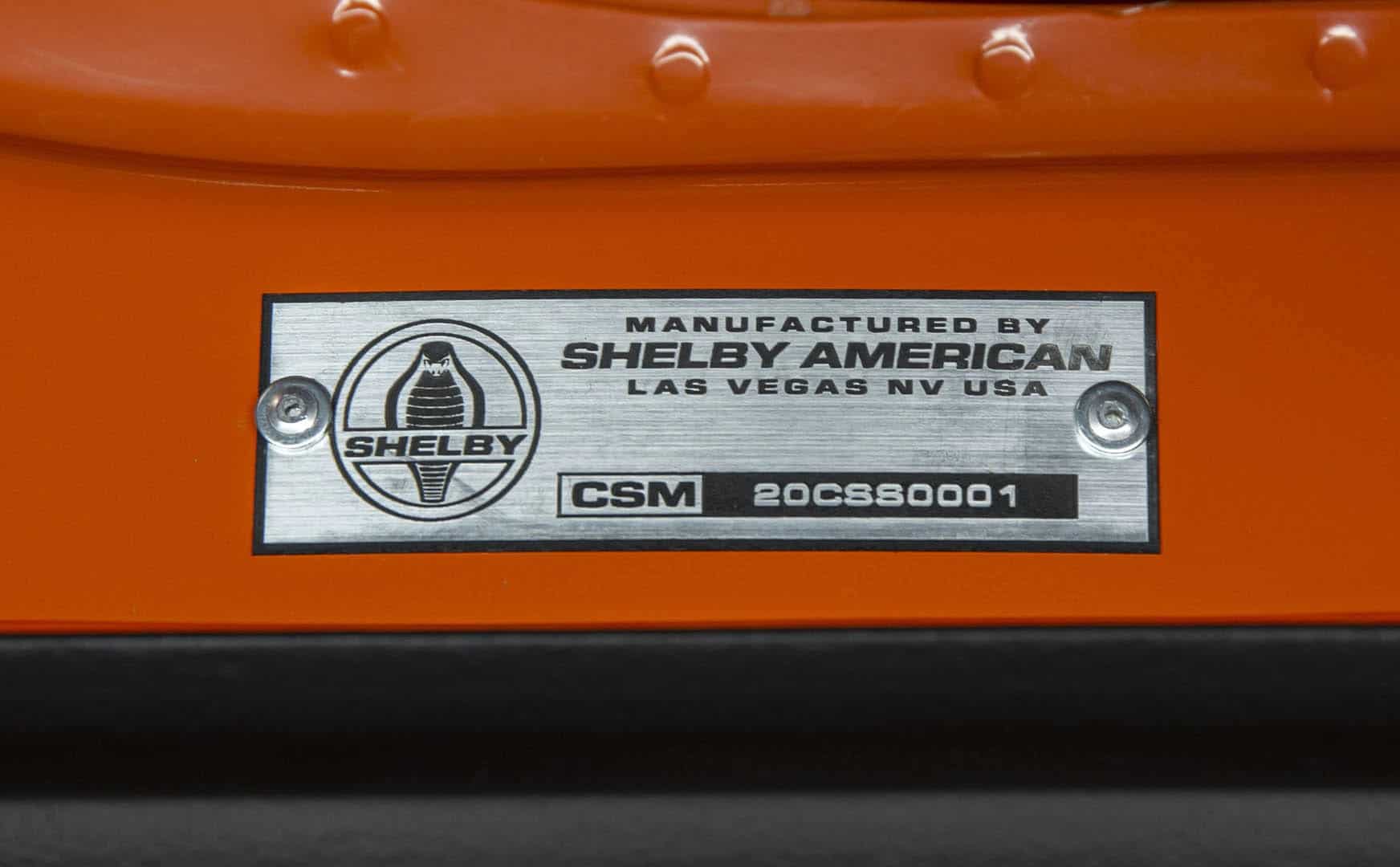 
Everyone said it would set the new record for Mustangs and possibly muscle cars alike. The Steve McQueen Bullitt Mustang GT certainly raised the bar for Mustangs. At the end of the bidding the hammer price of $3.4 Million not only broke records, but wowed the throngs of spectators that crowded the Osceola Heritage Park Hall in Kissimmee, Florida. There’s been a lot of speculation. Now we know.

The pricey 1968 Highland Green GT was walked in like a prizefighter. Known as the the “hero” car used in filming. It was used for closeups and driving scenes, while an identical Mustang was setup as a stunt car. That stunt car was essentially wrecked from an arduous schedule of “gags” on set.

When Ford unveiled the new 2019 Mustang Bullitt model during a press preview before the North American International Auto Show in Detroit in January 2018, they also unveiled the actual Bullitt Mustang in its original survivor petina.

Robert Kiernan had bought it as simply a used car in 1974. He knew of the car’s provenance, but the collector car market was different then and this car was not any more valuable than any other Mustang at the time. The car has been in the possession of the family since.
The car was driven for years by Robert’s wife, Robbie, as her daily to her job as a schoolteacher.