Set to kick off on Fox at 6:30 ET on Sunday, February 2, from Hard Rock Stadium in Miami, Florida, the big game will feature the Kansas City Chiefs and the San Francisco 49ers. Throughout Super Bowl LIV, viewers will see about 50 commercials, each of which costs as much as $5.6 million per 30 seconds, according to AdWeek. Originally, there were more than 77 ad slots, so several companies could be paying well more than $10 million for a single, longer commercial. Numerous car companies have already announced their commercials, or their intentions to show commercials, during the game. Here’s a roundup of the ones we know about so far. During the game on Sunday, we’ll be livestreaming and adding links to the new commercials as they become available, so check back with us for that post.

Maisie Williams has experience wearing many faces, and in Audi’s Super Bowl commercial, she does her best Elsa impression. In the spot, titled “Let It Go,” Williams faces the rigorous task of getting through L.A. traffic, but she’s alleviated by the comfort of the Audi E-Tron Sportback electric crossover. The commercial is meant to signal the company leaving its gas past behind and moving forward to a sustainable future.

Genesis makes its Super Bowl debut with a commercial that will show its all-new SUV, the GV80, to viewers around the world (many of which will be seeing the vehicle for the first time). The ad features Chrissy Teigen and John Legend as the purveyors of “new luxury,” while “old luxury” is left for the birds.

General Motors is bringing back the Hummer nameplate as a premium electric GMC truck. GM says it will have 1,000 horsepower and will be capable of going zero to 60 mph in three seconds. GM brought in NBA legend and Hummer fanboy LeBron James for the debut commercial.

Hyundai is known for bringing in the big-time celebrities for its commercials, and 2020 is no different. A new advertisement called “Smaht Pahk” features John Krasinski, Chris Evans, and Rachel Dratch, all three of whom are from the Boston area. The trio gets into full character as they discuss the new high-tech parking feature on the redesigned 2020 Hyundai Sonata, and David Ortiz makes a cameo at the end. Even when New England isn’t in the Super Bowl, New England is in the Super Bowl.

Jeep’s 60-second commercial spot stars Bill Murray reprising his role as Phil Connors from the classic 1993 film Groundhog Day. The clip also stars Brian Doyle Murray as Buster Green and Stephen Tobolowsky as the ever-irritating Ned Ryerson. To keep up appearances, the ad was filmed in Woodstock, Illinois, the same location as original 1993 film. Apparently, access to a Jeep Gladiator is enough to keep things interesting for Connors and his newfound four-legged friend.

Commercial above, behind-the-scenes documentary about Josh Jacobs below.

Kia chose Oakland Raiders running back Josh Jacobs to represent the brand in its new commercial titled “Tough Never Quits.” Jacobs, who had 1,150 yards and seven touchdowns this past season, is one of the most exciting new backs in the league, but Kia picked him for a different reason. As the above documentary explains, Jacobs was homeless and slept in a car with his dad for much of his early life. The sentimental ad shows Jacobs encouraging and inspiring a younger version of himself while driving in the company’s new Seltos crossover.

Porsche hasn’t made a Super Bowl commercial since 1997. It never needed to, because, well, it’s Porsche. But car culture has changed drastically in 23 years, and the brand’s most important new vehicle in 2020 is a four-door that runs on batteries and plugs in. To alert the masses of its monumental new take on a sports car, Porsche is launching “The Heist,” a short video that shows the Taycan in a chase with some of the Porsche Museum’s most prized possessions. 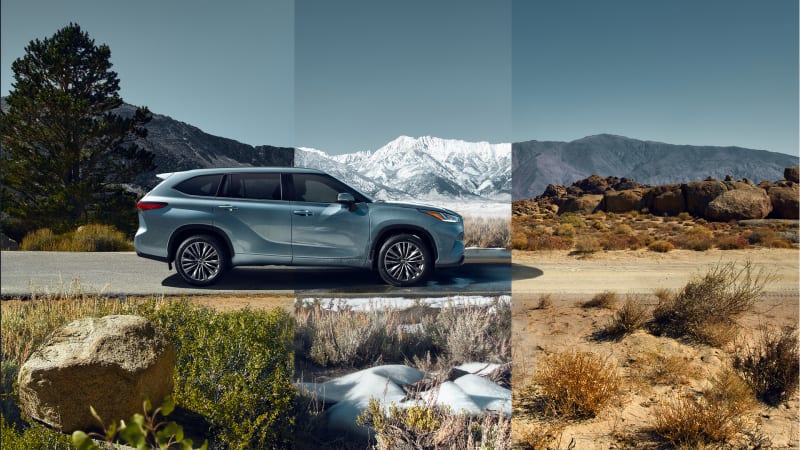 No Toyota will top the excitement of last year’s Supra commercial, but the new Highlander is going to give it a shot. Toyota will launch a new campaign for 2020 with a 60-second ad for the revamped SUV. Toyota is one of a few that have chosen to not show the video before the game. 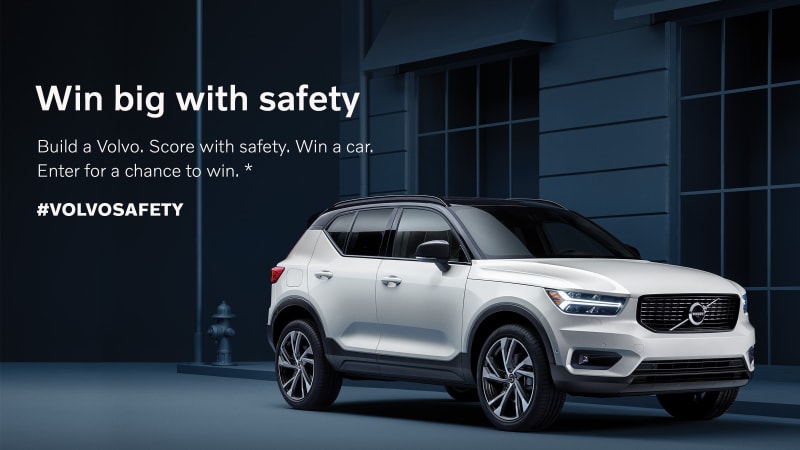 Similar to last year’s strategy, Volvo opted to run a contest instead of buying a commercial. If either team scores a safety during the game, Volvo will give away $1,000,000 worth of cars to random participants. The only way to enter is by configuring your ideal Volvo.

No, Walmart isn’t announcing a surprise automobile concept like Sony, but we felt Walmart’s Super Bowl commercial, a first for the company, featured enough transportation to include it. Highlighting the pickup feature at Walmart stores, the spot includes several vehicles from films such as Arrival, Blade Runner, Guardians of the Galaxy, The LEGO Movie, Mars Attacks, Marvin the Martian, Men in Black, Star Trek, Bill & Ted’s Excellent Adventure, and Star Wars. This commercial, “Famous Visitors,” is a follow-up to a previous campaign called “Famous Cars.”