An opening reception was highlighted by a ribbon cutting, a fireside chat with James Hetfield, and an auction featuring two limited-edition ESP guitars. 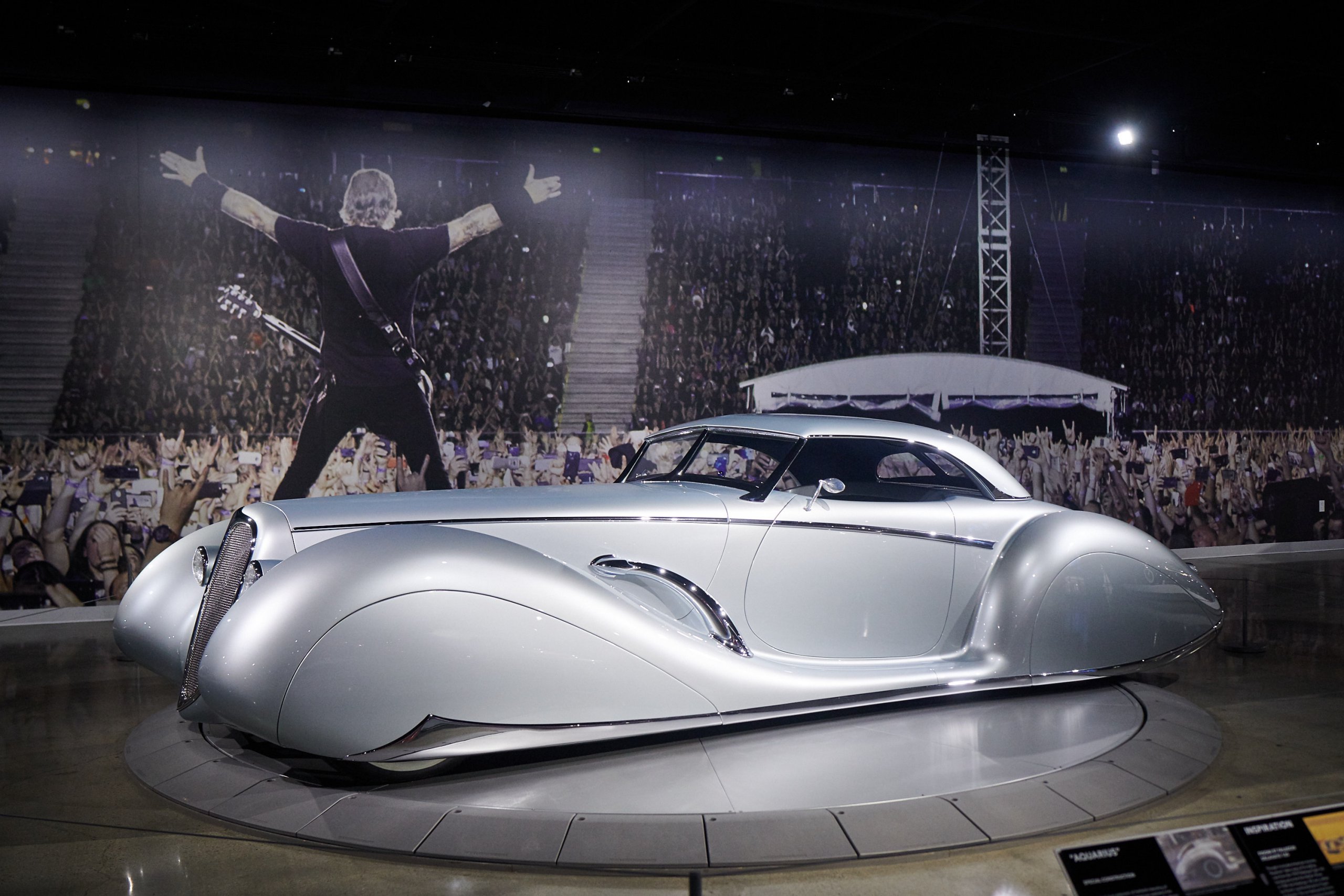 Hetfield was making his first appearance since entering rehab last September. It was explained to staffers at the Petersen that this grand donation was a part of his “letting go.”
During the fireside chat, Hetfield sang his praises of the museum:“There’s no other place like this. The Petersen is the pinnacle. It’s the best place to have your vehicles. They weren’t doing me much good sitting in my garage. I loved looking at them.

“The best part is they’re all together. I didn’t want to auction them off and go all over the world. It’s a collection. It marks my life.” 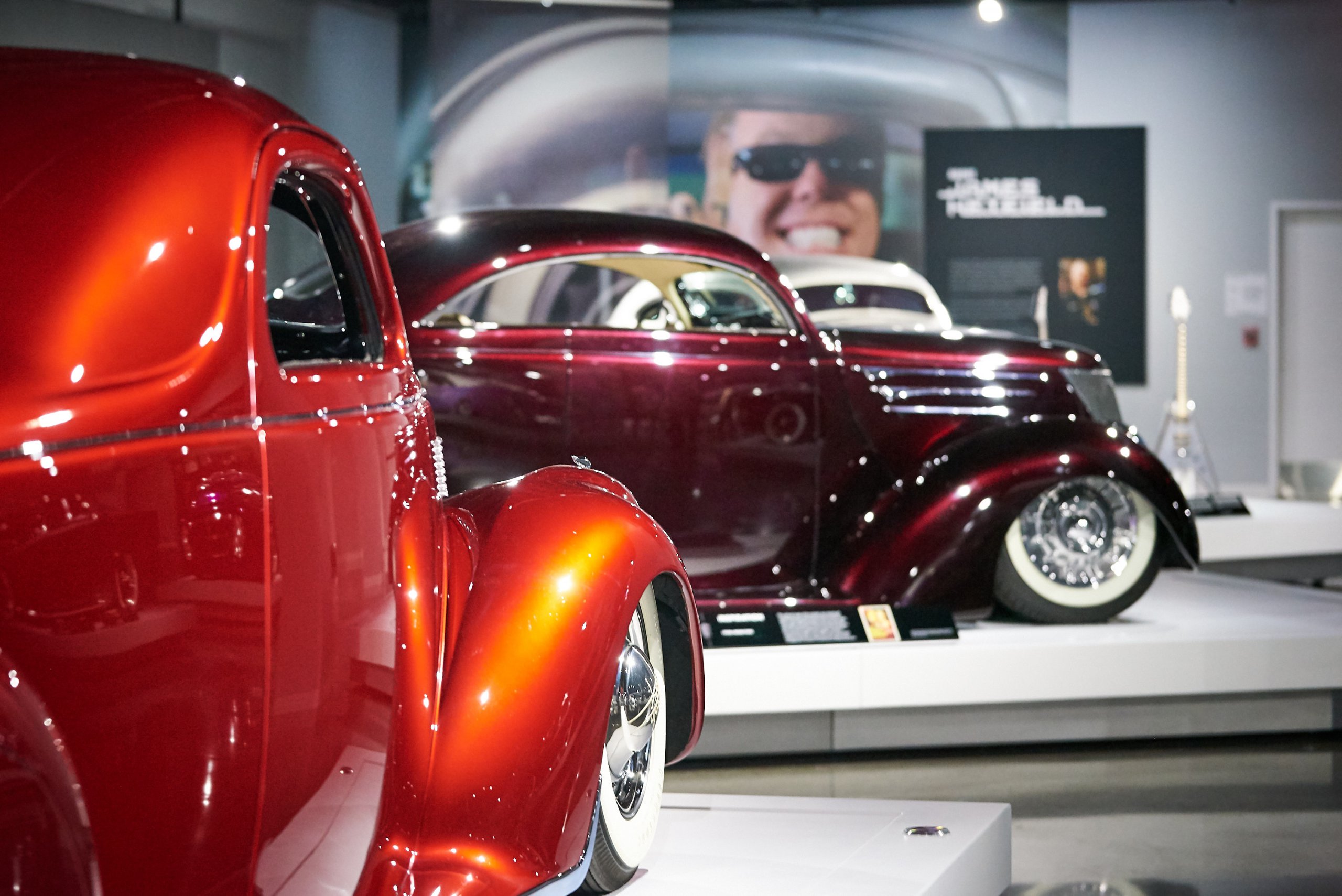 Along with the custom vehicles, memorabilia on display includes an ESP Hollow Body guitar and a Mesa-Boogie amplifier painted to match the Buick Skylark “Skyscraper.” There also are images displaying the build process of each car and a video of Hetfield talking about the cars. 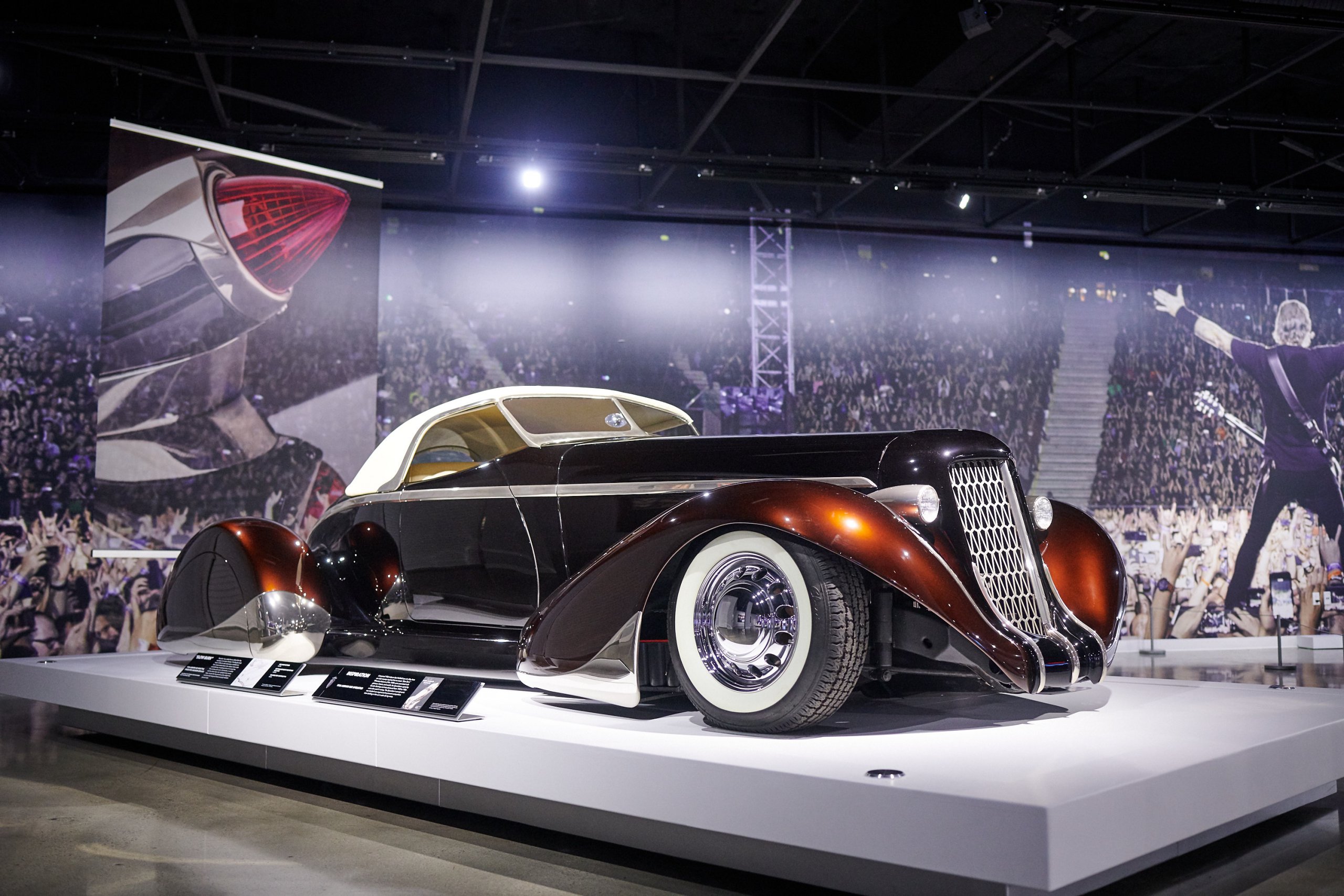 ‘Reclaimed Rust’ brings together two industries that go hand in hand with artist expression,” said Petersen executive director Terry L. Karges. “This is the first time the Hetfield collection will be showcased to the public and we can’t wait to share the inspiration behind these extraordinary vehicles with the world.” 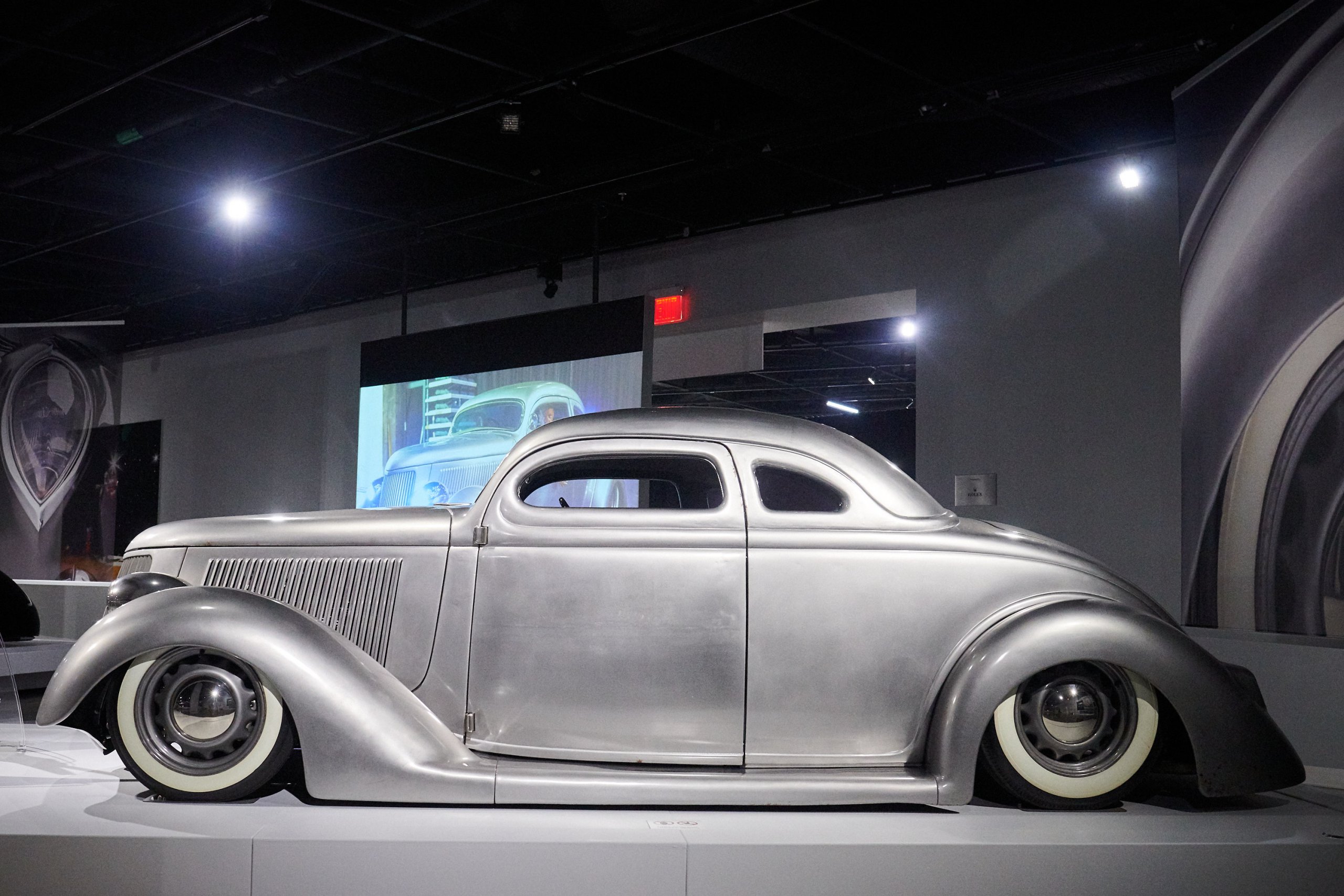 Hetfield is a lifelong car enthusiast and views his collection as a form of expression to convey his creativity. Hetfield’s vehicles assert both a reverence for history and a disregard for convention, standing collectively as a testament to the musician’s distinctive personality and artistic energy.


The biggest Hollywood car story of 2019 was, of course, the continuing saga of the 1968 Ford Mustang GT from Bullitt, which resurfaced in January 2018 after being missing for decades and, this past August, was announced by Mecum as being consigned to its January auction in Kissimmee, Florida.

But there were others as several new films featuring classic cars came out during 2019.

Hollywood films often have an impact on collector cars, whether by accident or design, with such memorable classics as American Graffiti and The Italian Job adding to their allure.  And once again came recognition from a recent British survey that the Aston Martin DB5 from Goldfinger reigns as the most famed movie car of all time, with some heated dispute coming from this side of the pond.

Another blast from Hollywood’s past came with the auction of a faux Ferrari made famous in the popular teen film Ferris Bueller’s Day Off.   Three replica 1961 Ferrari 250 GT Californias were used in the making of the film – one of which got kicked out of a glass-walled garage and into a ravine.  Whichever of the three this one was, it’s now totally restored and went to Mecum’s August auction in Monterey.

Getting back to the present, an acclaimed film of 2019 was Ford v Ferrari, the story of how Carroll Shelby and Ken Miles fought to win the 24 Hours of Le Mans with Ford GT40s.  The big-budget blockbuster also is a video love letter to the GT40, the British-built, Ford-powered race car that Shelby and Miles developed into the champion competitors that beat Ferrari at Le Mans.

But
aside from the GT40s – which collectors would most-likely seek these days in
replica form rather than the rare and fabulously expensive originals – another
Ford-powered British sports car was prominently featured in the film: the
Shelby Cobra.  These are evergreen
favorites, either the 7-figure originals or the many replica versions, that
undoubtedly received yet another boost from this movie.

Also during 2019 has been the relentless Hollywood hype for the next entry in the Fast and Furious movie franchise, number 9 to be exact, that’s due to arrive next spring.  These films have been responsible for lifting the Japanese tuner hobby to new heights, as well as building interest in the classic American muscle cars driven in the films by Vin Diesel.

The late, lamented star of most of those movies, Paul Walker, was recalled in October as Barrett-Jackson previewed a collection of 21 vintage cars that belonged to the actor, including 5 BMW M3 E35 Lightweights, and a few special motorcycles.

Another 2019 movie of less popular acclaim was the motorsport film The Art of Racing in the Rain, which included many race cars shown in action, up to and including Formula 1, as well as loving segments featuring a Ferrari 250 GT Testarossa.  Although, the most loving shots were those that included the unlikely narrator, the race driver’s pet dog named Enzo whose observant thoughts are voiced by Kevin Costner.

While racing in general and some of the
terrific cars shown in the film undoubtedly got renewed attention, they
probably did not receive anywhere near the heightened appreciation for golden
retrievers everywhere.