The Pick of the Day is a 1967 Alfa Romeo Giulia Sprint GT Veloce for sale by a dealer in La Jolla, California is a pure red-blooded Italian with Bertone lines. I have always loved watching the GTA race in the vintage under-two-liter Trans-Am classp they were formidable competitors back in the day – unless you faced off against Peter Brock’s Datsun 510s in the hands of John Morton. 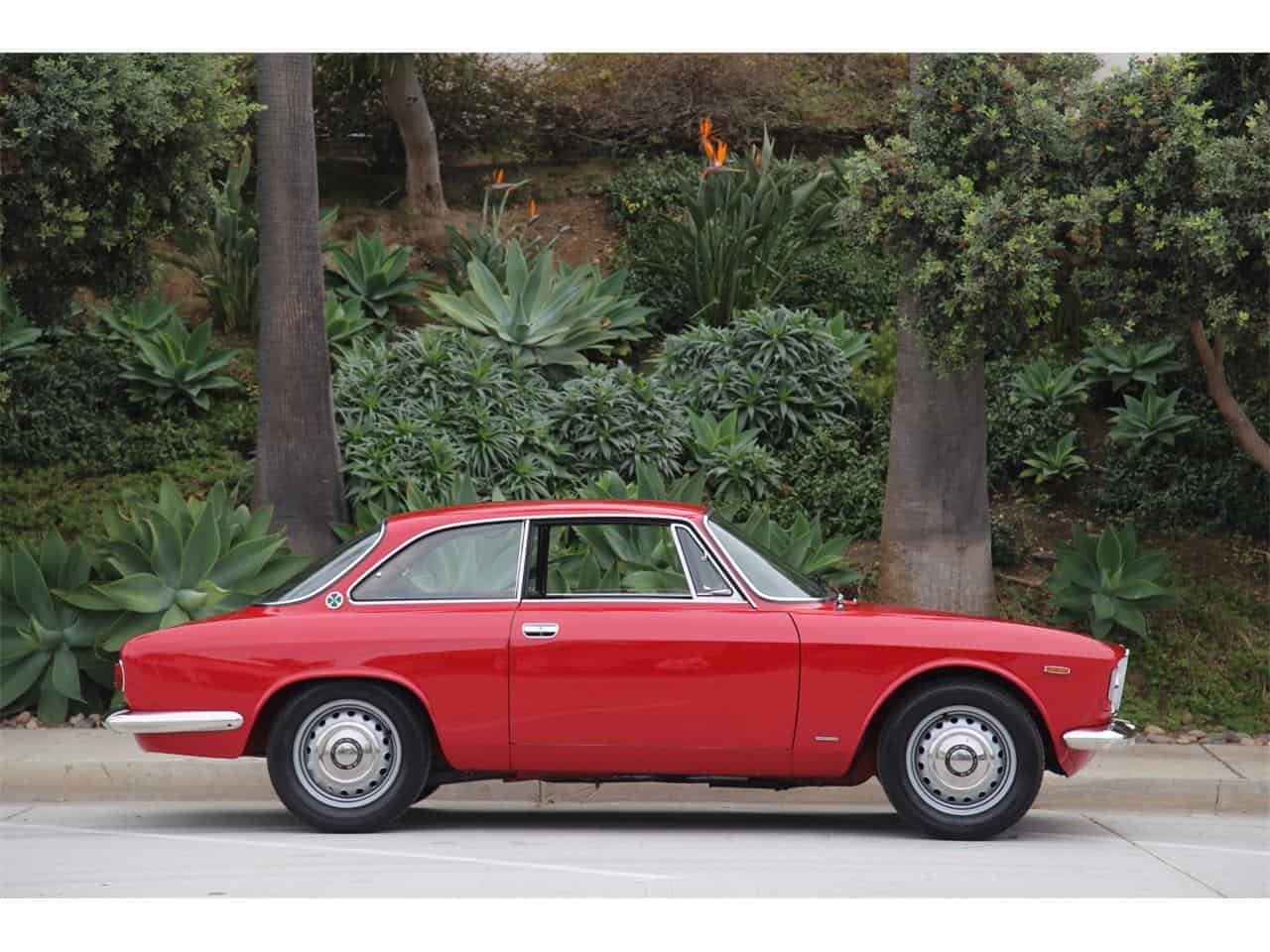 This example, which has no milage reported, is the lower-powered version of that Veloce race car. It’s sporty handling with power from a 1,600cc twin-cam inline 4-cylinder engine that made 109 horsepower. Match it with a 5-speed transmission, a curb weight of 2,231 pounds. and ATE disc brakes, you may find yourself flying down the road singing “o sole mio.” 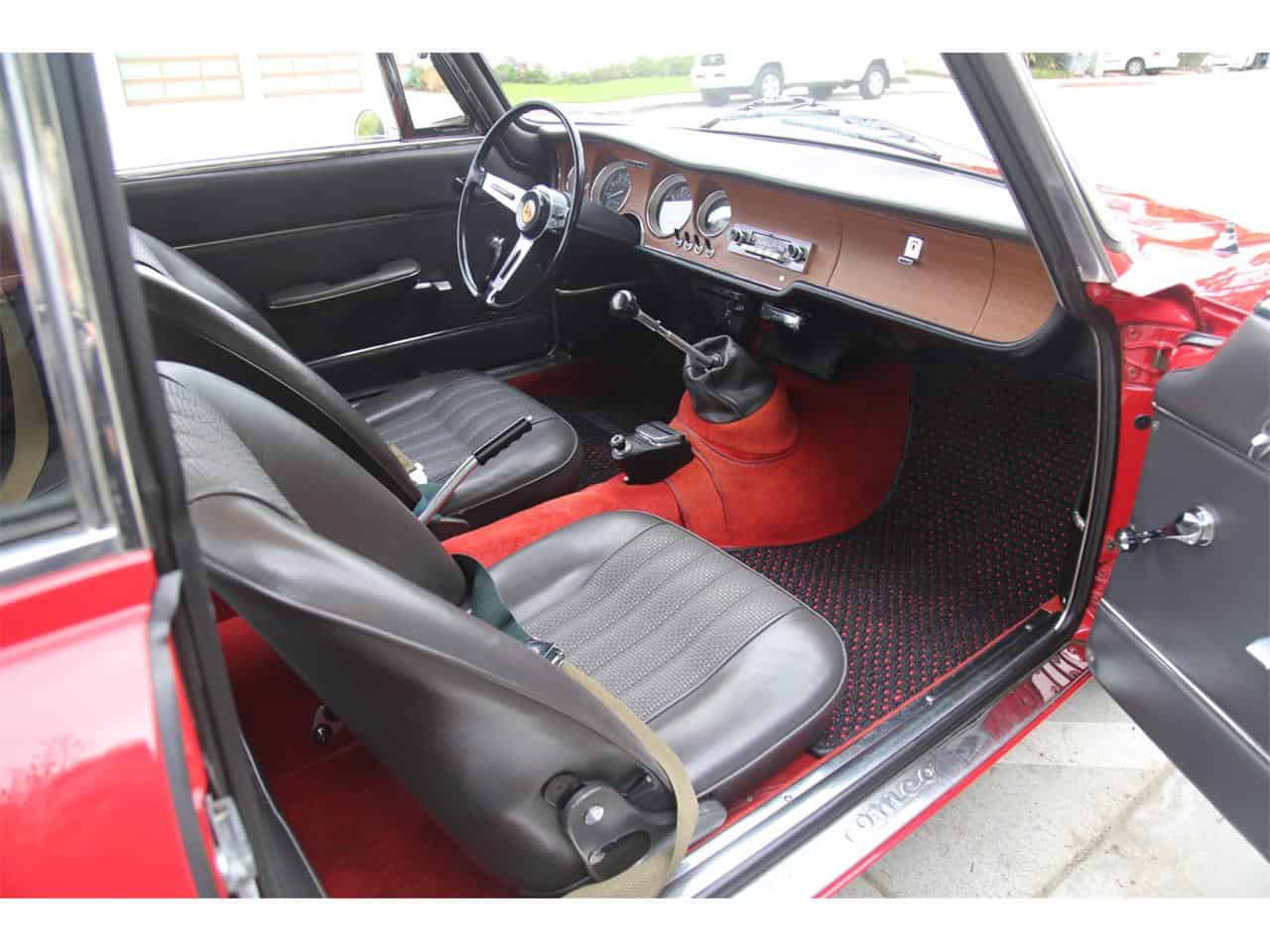 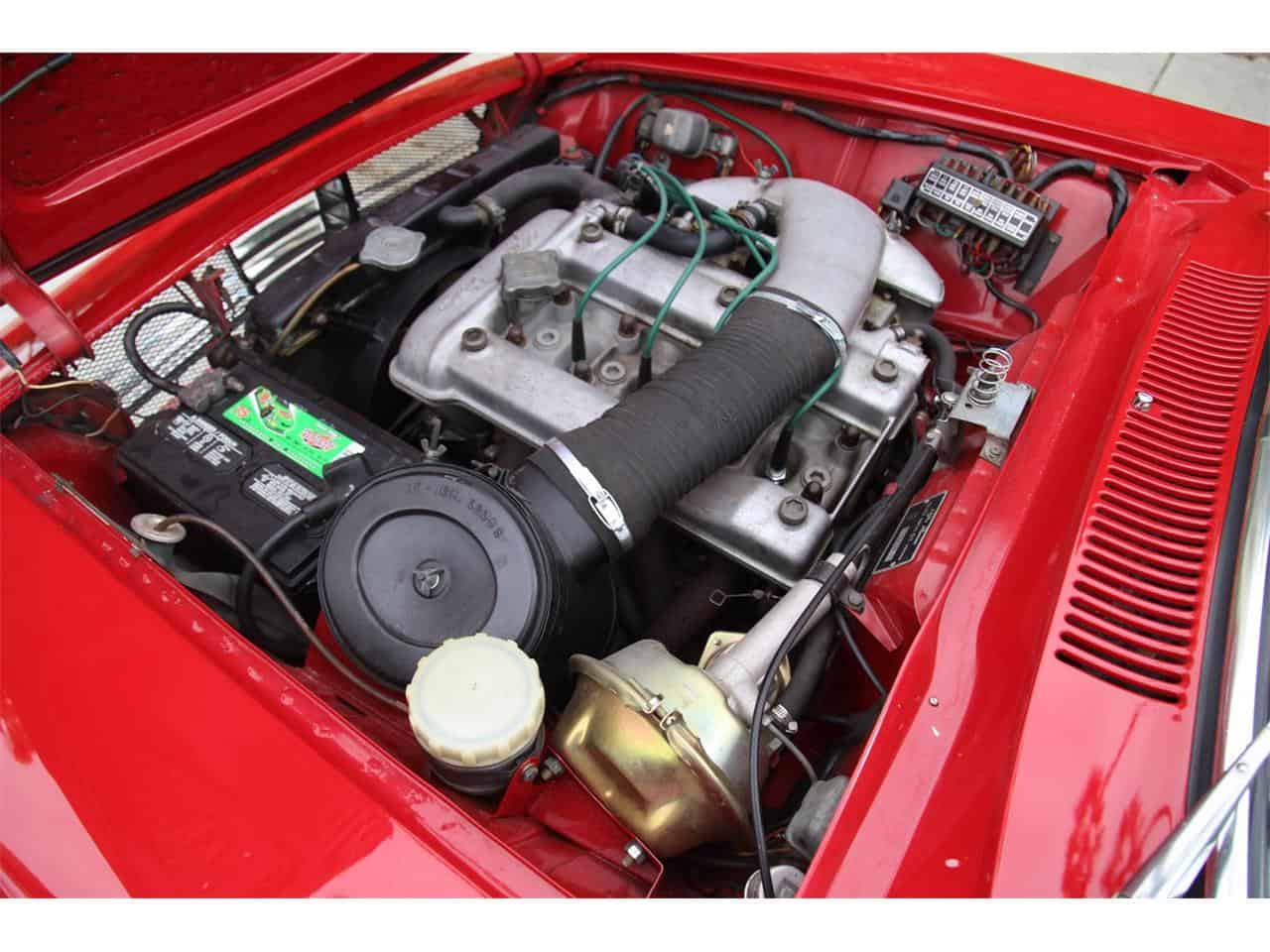 The 105-series Giulias were produced beginning in late 1963. Some 6,000 examples were built in 1967. The ultimate example was the Sprint GT Veloce of 1966-68. Designed by Giorgetto Giugiaro for Bertone, the Giulia remains one of the most-loved Alfa Romeos from this period.

According to the seller, “Known as the ‘step nose’ because of its front hood design. The Veloce is the ultimate 1960s 105 Series Alfa Romeo short of a $450,000 alloy-bodied GTA.” 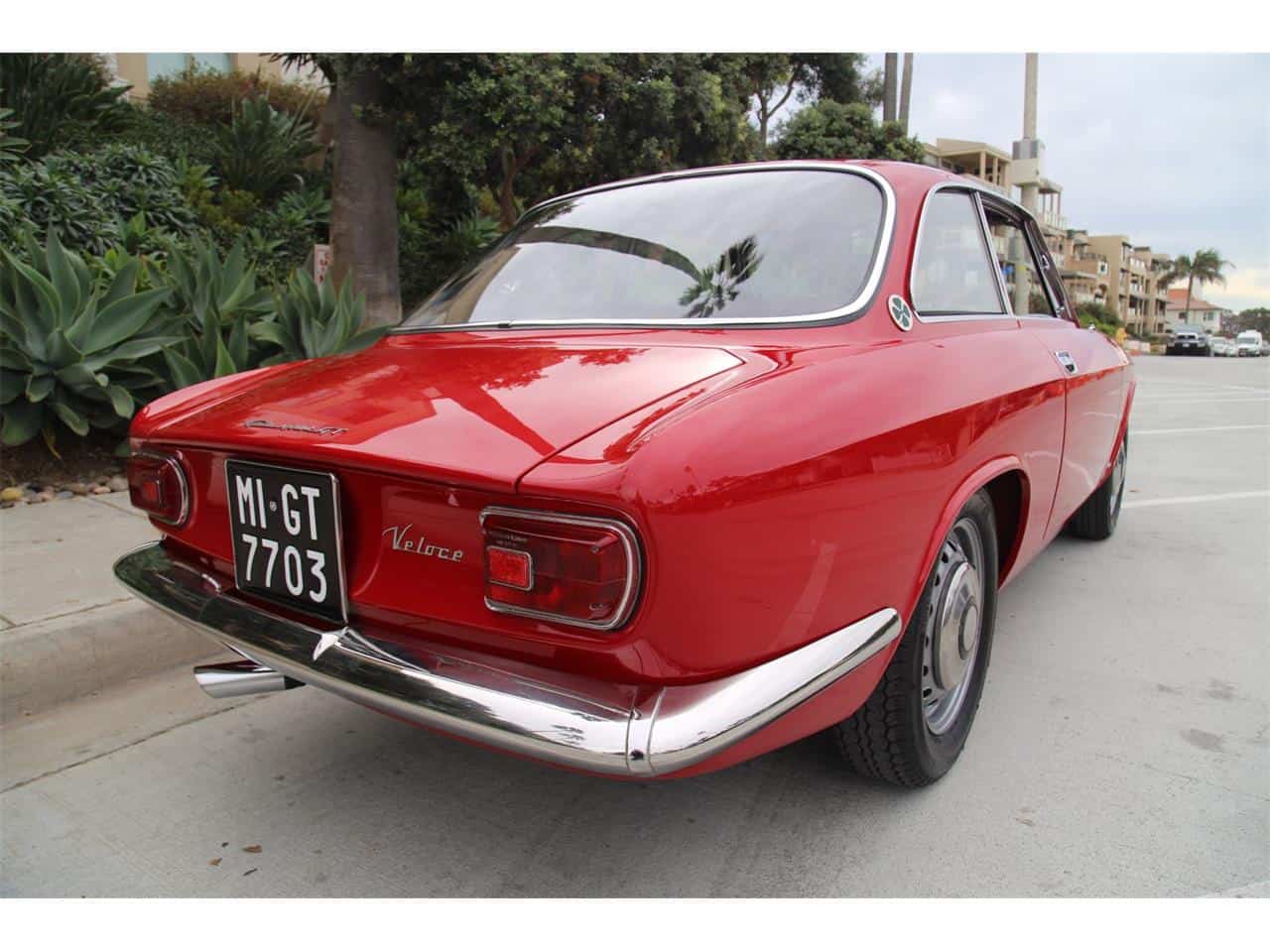 The newest sedan Alfa introduced to America is the Giulia Quadrifoglio. I drove one at Willow Springs Raceway a couple of years ago and was immensely impressed. It’s a real driver’s car.

However, considering the several Quadrifoglios I have seen stalled at stoplights and a good friend who needed his replaced after just a few thousand miles, the simplicity of the old Alfas seem simpler for roadside repairs – after all, it IS Italian.

Add some bellissimo romance to your life: pack a picnic and take your best friend for a ride in the country. The asking price is $59,000.