The Pick of the Day is a 1977 Triumph T140V Bonneville 750 Silver jubilee offered by a dealer in Temecula, California. This special-edition British bike was one of 2,000 built (1,000 for the US and 1,000 for the UK) celebrating the 25th Anniversary of Queen Elizabeth II’s reign as the Monarch of England.

The original Triumph Bonneville, the T120 began production in 1959 and with development, ran until 1974. The name was derived from the many speed records attempted at the famed Salt Flats in Utah. The T140, the second-generation Bonnie, featured a larger 750 cc engine, up from the T120’s 650 cc parallel-twin. This bike is the T140J, and it features front and back disc brakes, electric start, special-edition badging and a special “birth certificate” of build and ownership. 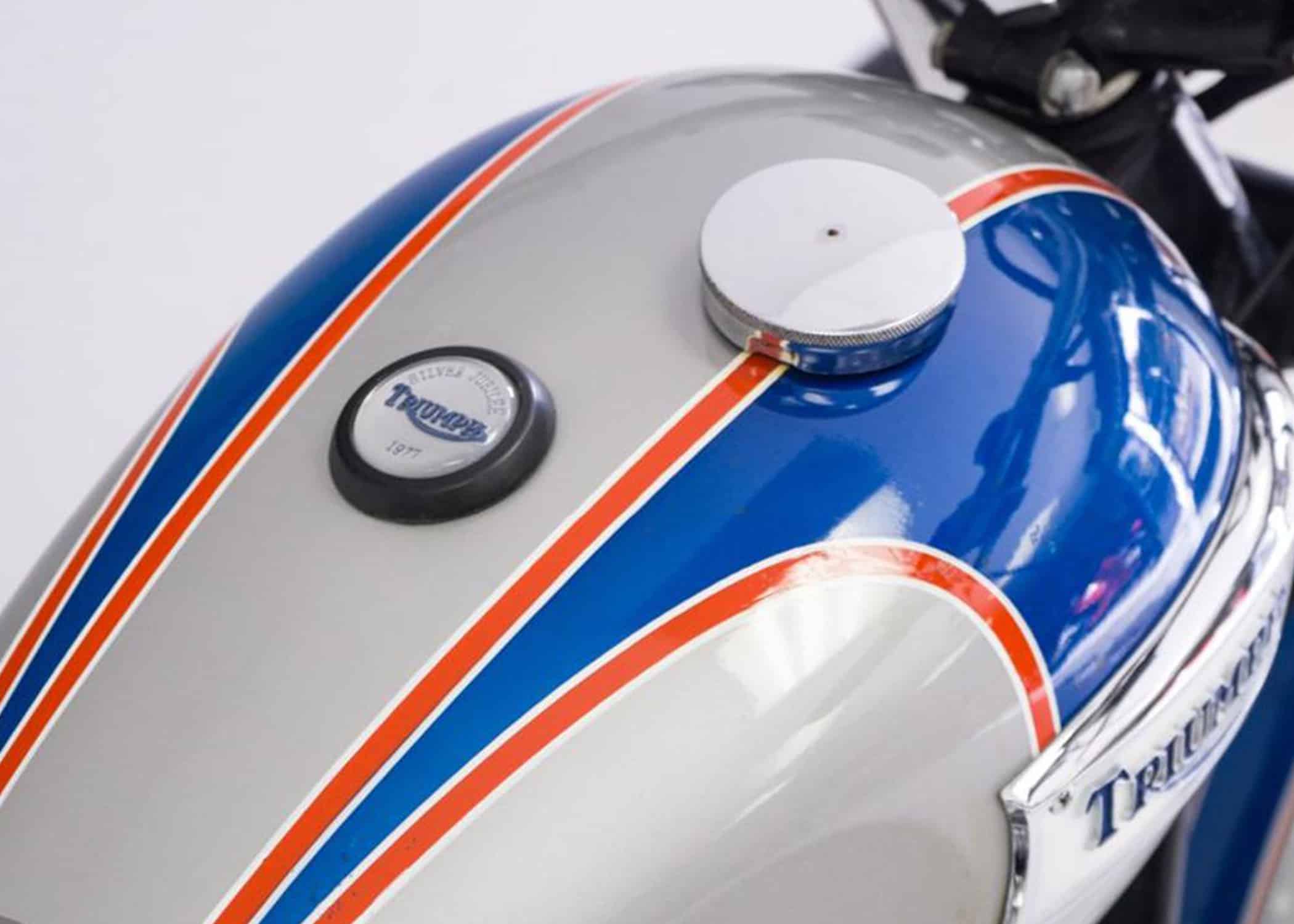 The mid-1970s were a turbulent time in the UK. A nationwide recession reigned and political strife, mixed with a musical and cultural movement could have cast a pale shadow over the significant event in Elizabeth’s still continuing tenure. The punk movement – with the Sex Pistols’ “God Save the Queen” as their anthem – and the worker’s cooperative that was running Triumph since 1973, faced major labor disputes which included a blockade and sit-in.

England was changing, and by 1977 a threatened shut down of Triumph’s Meriden factory, a government bailout and a new round of funding allowed Triumph to continue. Ultimately, the Meriden Works was shut in 1983 and Triumph was sold to businessman John Bloor, who produced continuation bikes, but then shut that operation in 1988. 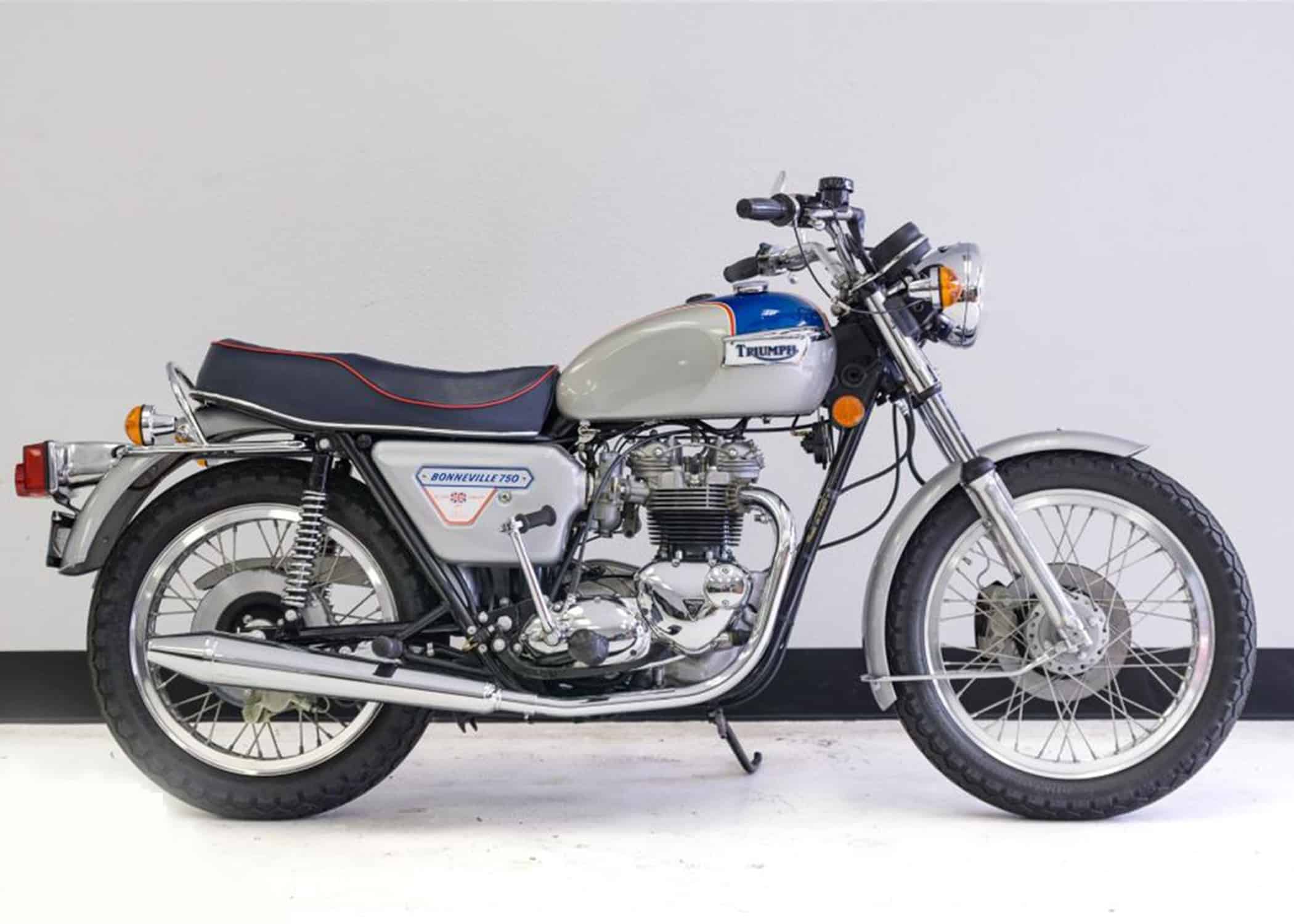 Bloor would reignite the brand with brand-new designs and models in 2001. Well-received, Triumph Motorcycles LTD. continues to produce and sell motorcycles to this day.

Perhaps Triumph will build a special Jubilee version for the Queen’s upcoming 70th Anniversary? She sure doesn’t want to pass the throne on to her own kids, and at 93, is not showing signs of wavering. 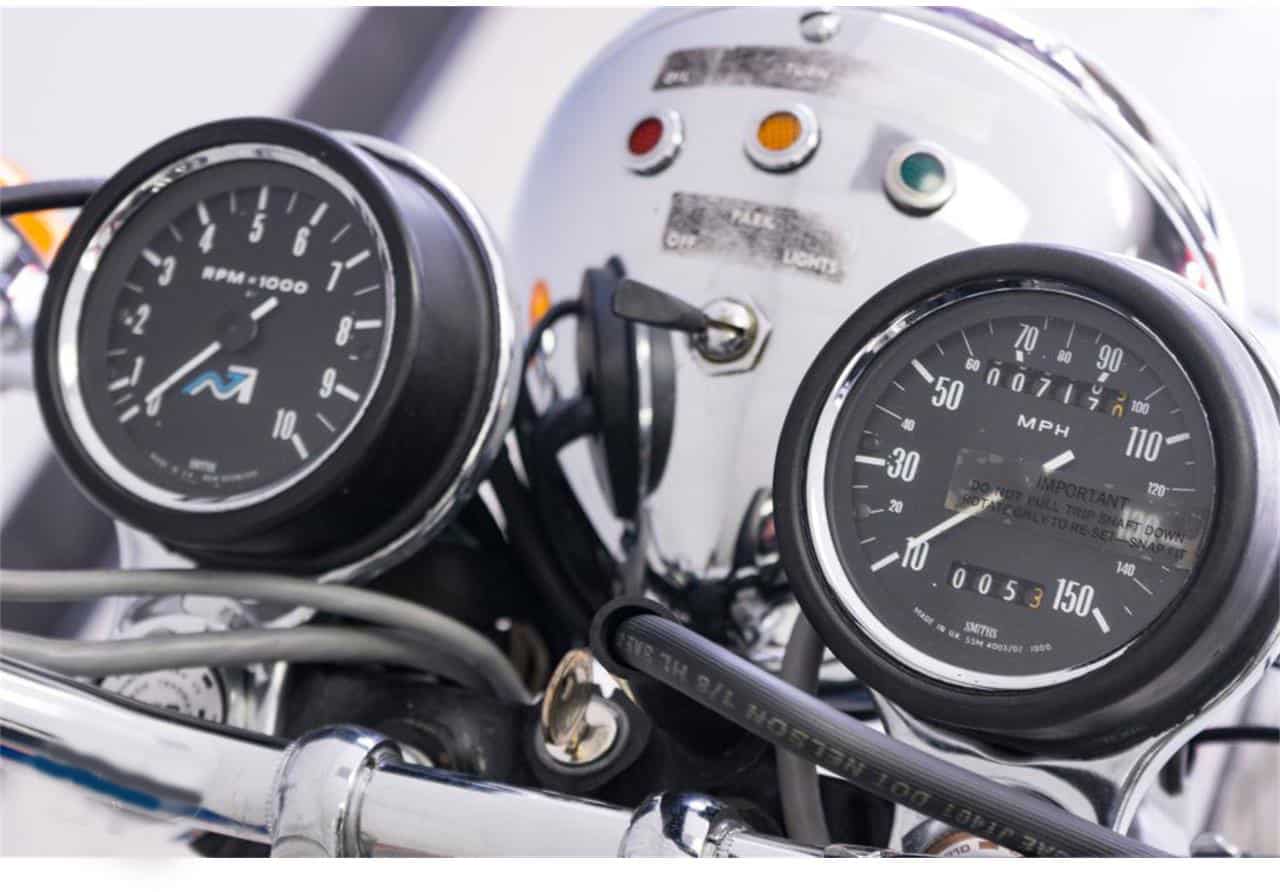 The dealer has not posted an asking price. But states that the bike is original and has just 717 miles on the odometer.